The Dead Sea is around an hours drive from Jerusalem. It borders with Jordan, Israel to the South and the West Bank. When I visited in 2009, I was inundated with stories to avoid driving through the West bank, but I felt perfectly safe and I went on to spend a great deal of time there, particularly in Ramallah where my friends had an apartment.
Obviously like anywhere, use your common sense but I have a lot of great memories from my 18 months there and I’m pleased I didn’t let a few scare mongers put me off visiting. 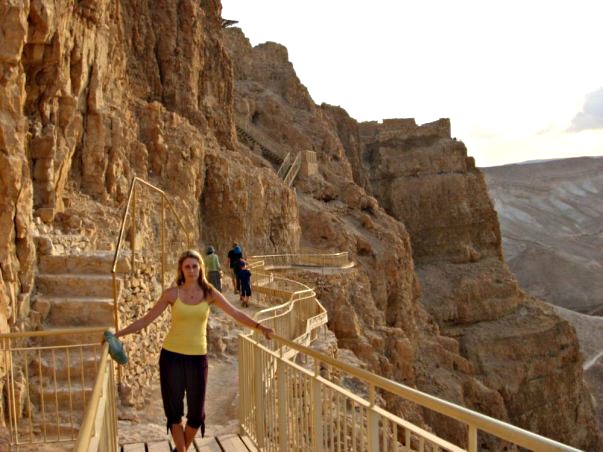 I remember growing up there was among many travel books, a large dusty with an image of a desert fortress high above a cliffs edge. It turns out I followed in the same path as my mum in my awe of Masada and the mass driven suicide by a brave, ancient tribe.

Over looking the dead sea from its mountainous cliff-top in the Judean desert, Masada is utterly majestic in all its ruined glory. In total 960 inhabitants, men, woman and children held out in a 3 month siege against the Roman army.
A large ramp was finally constructed to allow the Romans to break into the fortress. When they finally entered they were shocked to discover all inhabitants had committed a mass suicide rather than be taken into slavery. Built roughly in 37 BCE, 450 meters above the dead sea, this fortress contained gardens, storehouses, barracks, an armoury and beautiful baths complete with restored, intricate mosaics.

You can now ride a cable car to the top rather than handle the 40 degree heat and climb your way to the top. Water is a MUST here and bring bottles with you or expect to pay the tourists price for it at the top! 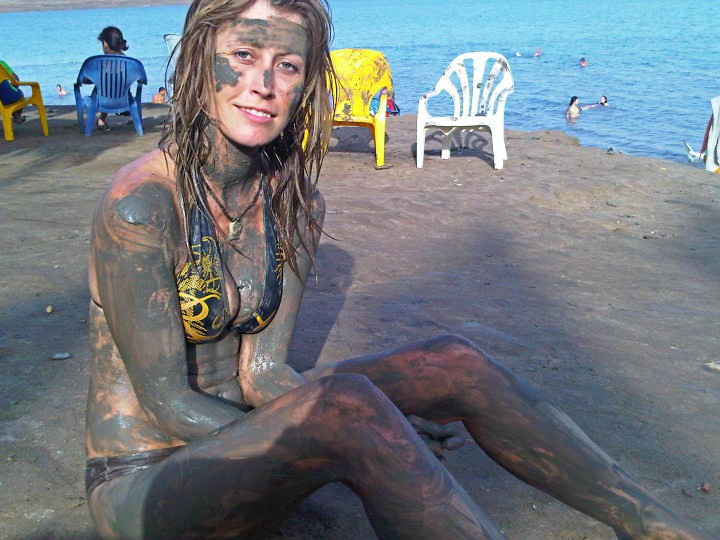 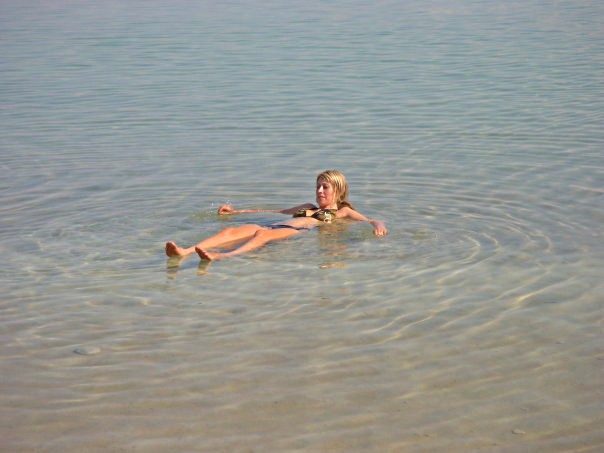 The Dead Sea is the lowest, saltiest destination in the world. It also to date, has the most spectacular horizons where salt fields effortlessly blend into the sky over a Jordanian Red Ochre backdrop. The salty depths are well known for their healing properties and you will find generations of families have been coming here for years for minor ailment. Also of course, the mud.

Yes, the likely hood is where ever you travel in the world you have stumbled across a lotion, bath salts or Mud from the Dead sea. They REALLY know how to market this stuff!
I preferred to turn up and use it for free ; )

Again the heat can reach up to 40 degrees so come prepared. Luckily there is nothing quite so cooling as scooping up thick, cool mud from the crystal clear shallows and slavering it over your burnt body! As for floating in the dead sea its actually harder than it looks. It was almost impossible to turn your body after laying on your back and DO NOT I repeat do not get ANY water in your eyes. The heavy load of saline, (roughly 34% to be exact is agony!) Lucky most of the popular swimming spots along this stretch have showers too. 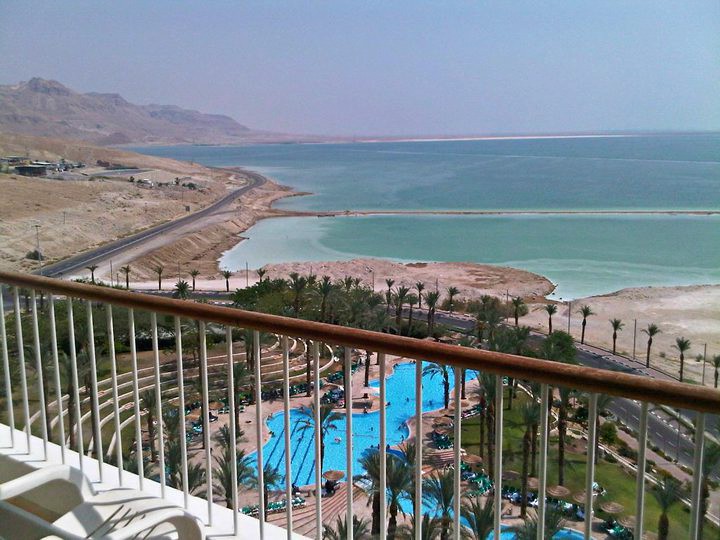 If you REALLY want to treat yourself, there are a a few 4-5 star hotels and resorts all offering spa treatments using the local produce found on their doorsteps. The Movenpick Hotel resort in particular, is famous for its award winning spa. This is situated on the Jordanian side of the Dead Sea.