Home » Healing » Vestibular Migraines – Signs I was Getting Better

Vestibular Migraines – Signs I was Getting Better

Hello all, so I covered how I was starting to get better after suffering from chronic vestibular migraines for nearly 3 years but I didn’t cover HOW I knew I was getting better and had quite a few questions on it so here we go!

As you know with this illness, you are constantly taking a few steps forward, and then what seems like ten back. Here were the signs I noticed that I was starting to recover. Might I add this was before I even STARTED taking my preventative! 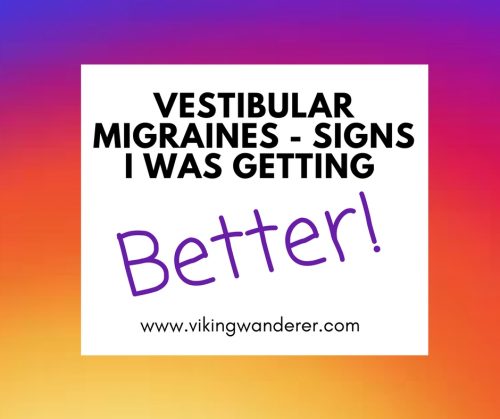 I could walk further – Previously I could only walk for 15 minutes before the dizziness became overwhelming and I had to go home and either sleep for an hour or have complete rest on the sofa, not even watching T.V as my brain was so fried from all the vestibular info it was trying to take in!

As time went on, even though I took BIG steps back where I was bedridden again, I noticed that even after these MASSIVE attacks, I could start to walk for 20 minutes a day before I felt dizzy, then 30 minutes a day and so on. 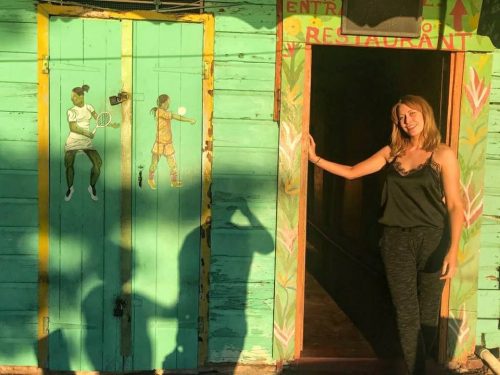 Vision Improvements – It’s funny but I did not see my migraines decrease when my overall dizziness and vestibular symptoms decreased, it was only the preventative Flunarizine that literally stopped my migraines and I then would only have 1 break through a month, usually around that time ladies. ( Note that Flunarizine is usually a last resort and I need to be monitored cloesly on it as it can have heavy side effects.)

But what I did start to notice was I would wake up and see really clearly that day before relapsing and it being terrible again. BUT….. as time went on I noticed I had more days where I could see almost clearly until it had completely switched around and I had more GOOD days visually than I did bad days.

Exercise Tolerance Improved – Previously if I so much as tried to lift light weights or swim I was confined to my house for at least 4- 6 days afterward from the sheer exhaustion of it. In fact, I stopped all exercise COMPLETELY for at least a year before I took it up again and then I started to notice that I needed less recovery time.

I am now at the stage where I can lift light weights 5 days a week! 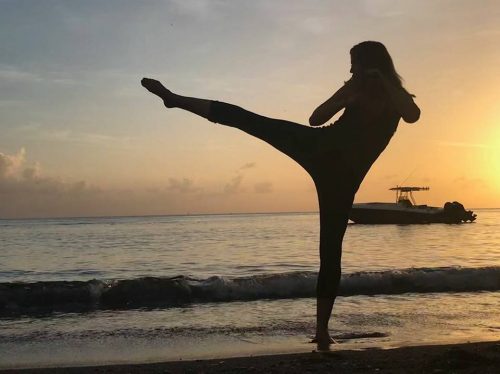 Crossing Roads – Roads were an absolute NIGHTMARE! I live in Hammersmith London next to one of the busiest roads in London and trying to cross 3 lanes of traffic on my own was near impossible! The cars would always look closer than they really were and it made it dangerous at times too.

Gradually, by confronting these situations every day I also realized the crowds of people affected me less and now I can cross roads or be in Oxford street for at least an hour before I start to get slightly dizzy. Before I couldn’t even stand in an overcrowded place for a minute without feeling sick! 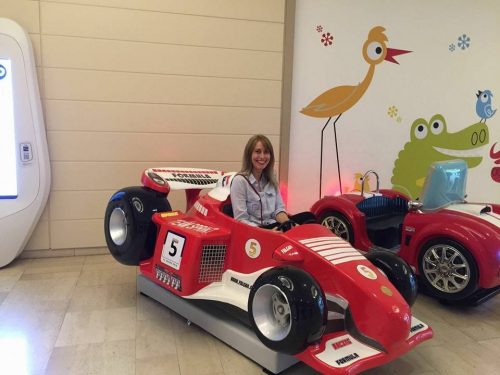 Loud Noises – I avoided bars like the plague. Just hearing music on a speaker behind me would make me feel very dizzy and sick and how do you tell people you feel dizzy because of MUSIC? How are they seriously meant to understand THAT?

Luckly overtime I got used to being in supermarkets and shopping centres playing music until now I am at the point where I can go into a restaurant with a speaker playing music above my heard and I can HANDLE it!

I even wne to a live gig and I was fine and stood up the whole hour last week too.

Lights – This was perhaps my WORST symptom! Strip lighting in offices and supermarkets was the WORST for years! and I even had to wear sunglasses out in the middle of winter just to do my shopping.

I also could not use a computer for more than an hour without going to bed with extreme exhaustion until I got computer glasses and built up my resistance.

Once again, by confronting these difficult situations every day rather than avoid them, I noticed my tolerance got better until I could shop in any supermarket for at least an hour or go clothes shopping before I started to feel slightly dizzy.

Last month I managed to actually go to 2 different nightclubs and dance for an hour too! 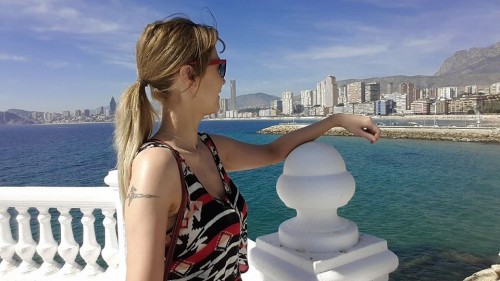 Why Downsizing Your Office May Make Sense
3 FREE Apps To Manage Your Social Media! 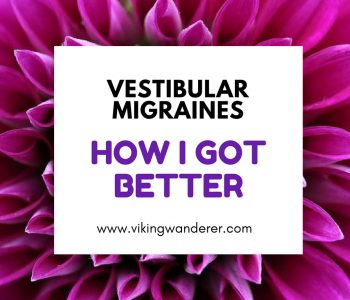 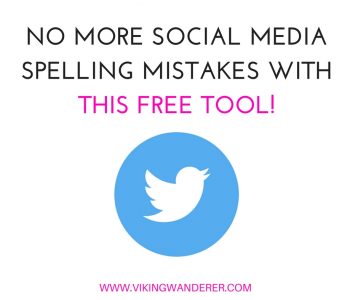 Never Have A Social Media…